I assure you, that smattering of letters and numbers means something. I’m talking about this guy right here: 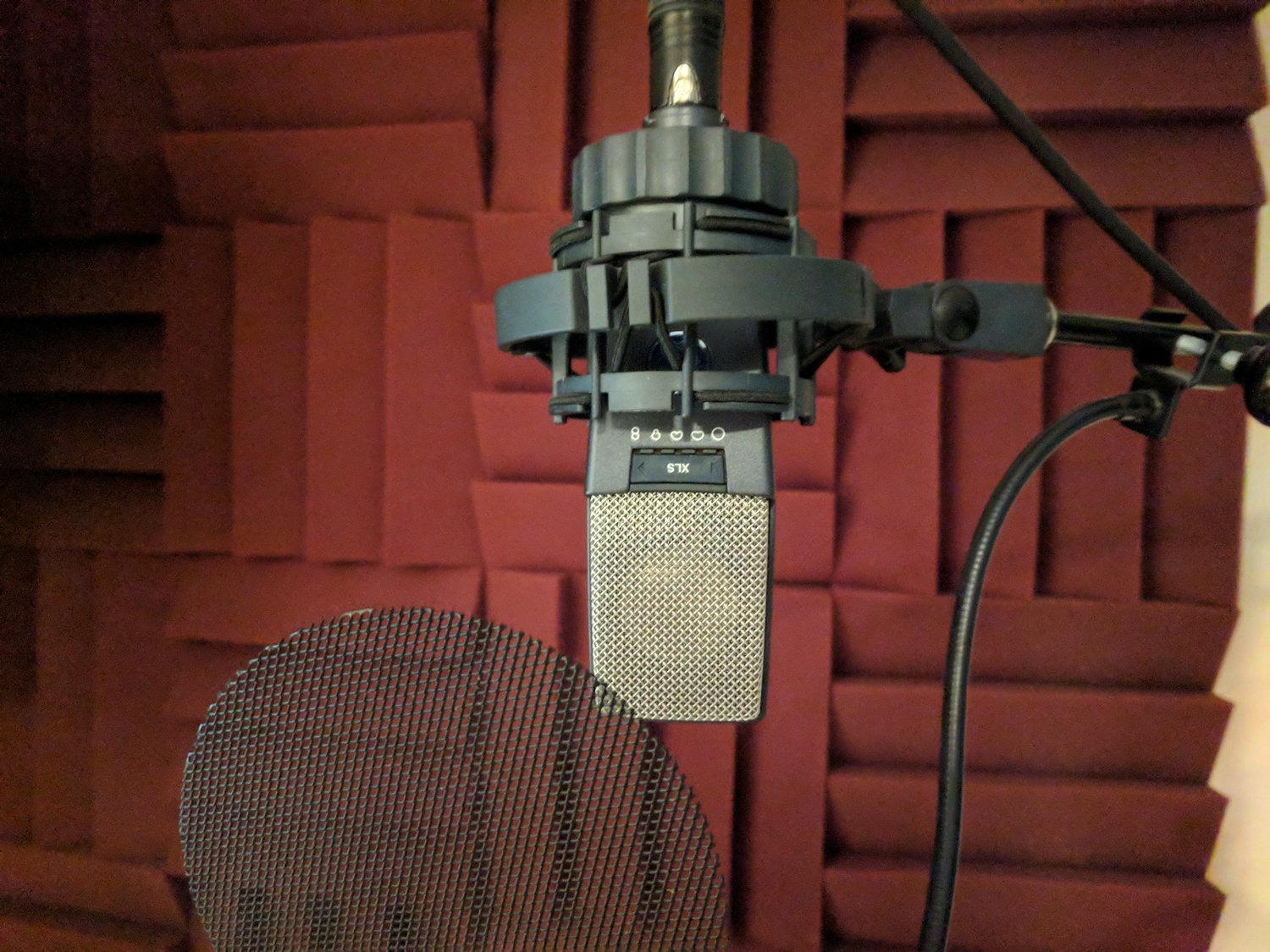 I have two of these in my studio; one is my main VO mic, the other is my backup. Needless to say, I rather like the sound of these on my voice. I’ve also seen its ilk out in the wild, recording on it in several studios before deciding to pick one up. They can be found used for very reasonable prices. I say reasonable when in fact I mean microphones probably cost a lot, but I collect guitar and studio gear so my sense of reality is, in fact, warped beyond repair.

Using the AKG C414 for Voice Over

This small condenser picks up a ton of detail. It’s fairly flat, with a little too much hiss at around 3.9 khz and too much butt somewhere between 250-500 hz, where one would expect butt to be. I cut both of these as a default template in my VO sessions, and with those two frequencies cleaned up (I also hit 4.5k hz with -1.5 to -3 dB on the way in with my UA LA-610, which I’ll talk about next time), It sounds clean and balanced, with a pleasantly even low end and a non-grating, if not exactly shimmering, sibilance. They’ve been great for podcasts, trailer work, explainer work…I’ve even done a few national commercials with it.

Now, of course it won’t transform a starter DIY space into a multi-platinum (what the hell does that mean, btw?) studio on its own. Proper treatment of the space around it is also key, as is what it’s running into. But I will say, I’ve used this guy in a lot of different rooms with different rigs, in basements for podcasts, in whisper rooms for cartoons and audiobooks, and out in the field, and it’s never let me down. Everyone sounds good to great on it, it’s got detail to spare, and it’s small and cute.

Beyond the couple of not-so-great frequencies mentioned earlier, I will say this mic has almost too much detail. Make sure to pair this mic with an excellently treated room if you’re to do any kind of compressing or limiting of the source audio. I can catch dogs barking down the street if I’m not careful. I’ve been upgrading my studio around this mic for years, and room #4, aka, permanent room because I bought it, is going to be undergoing some drastic changes this year as I basically build a big booth around my mixing desk/recording area.

Also, this particular model, of which there are several others including the XLII and XL, does not seem to have any fixable parts. It’s a circuit board, and that’s about it. I took my first one to a tech when it started making weird mechanical hissy sounds, and he couldn’t do anything about it. I later fixed that problem with some of those little salt packets they put in the pockets of coats and such to pull moisture off the capsule, but yeah. Word of caution: if it breaks, you pretty much have to toss it.

All in all, it’s cheaper than spending a ton on a mic. You get a great sound that sounds consistently great in many different applications. It also has a low end rolloff and dB reducer if you’re recording drums or something. I don’t use either unless there’s something low end-y going on outside my door. They’re handy and very noticeable. Pro tip for the baritones – don’t roll it off to affect a teenage voice then forget to turn it back to 0 for two weeks. Your trailer work will not sound quite so impressive. And stick with the cardioid or supercardioid patterns for solo recording. If you have two folks reading together, I love using the figure-8 pattern for just such an occasion.

Next week I’ll tell you what I like and don’t like about the Universal Audio LA-610. Good times.