It also takes a great studio setup. And some other things, probably. Point is, it’s more than just reading.

Rex has honed his narration skills to a high polish. He treats his work with a great degree of care and consideration.

Documentary voice over narration requires focus, long-term thinking, and a storytelling acumen that balances intrigue with information. It isn’t the focus, but rather the transmitter of the story. It must deliver the story as intended. Transparent, but you’d miss it if it weren’t there.

Reality Show voice overs can cover a range of needs – pithy, conversational narrator-as-host. Off-screen dialogue additions or ADR Catchy, casual bumpers that introduce and conclude a show. Every project is unique in this fun, ever-changing genre. The key is to be open to bigger performances. This is where sarcasm and snark come to play, two attributes that come a little too naturally to Rex.

Like Bob Vila and Mike Rowe, Rex has his own take on the DIY homeowner – by being one himself! As a child, his father would take him into houses under construction to point out where all the tubs and sinks and toilets were going. Later on in life, he worked as:

And he at least tries to fix everything that breaks in his 97 year old house. Long story short, Rex understands the construction industry and can authentically convey that in his performances.

The key to an effective biography is quality voice over narration. Biographies can often display a jarring series of images – jumping constantly from reenactment footage to still images zooming in and out, to maps and dry ice, and other such mood-setting sequences. As such, biographies often rely on the narrator to act as an anchor and a guide for the audience, allowing these elements to gel into a complete product. 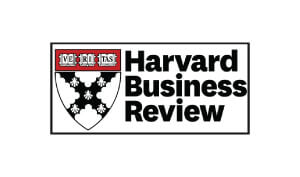