Need a voice of God, or a voice of…a normal person? Maybe somewhere in between, with some zombies for background noise and a distinct protagonist driving the narrative forward…well, it’s your project. You’re in control.

Voice Over for Video Game Trailers

The range of possible characters in video games is practically endless. Many times, video games will need trailers that can embody the world of their game, without necessarily being the voice actors from the game. New narratives can be formed from video game footage. New expansions, campaigns, guild events, and other new content often requires trailers to generate buzz.

Rex’s versatile range encompasses a range of accents, affectations, and a library of monster, animal, and creature sounds. Get options and have fun in a session with Rex.

The art of the movie trailer has changed considerably over the decades. Often, the voice simply supplies a tag at the end, indicating the movie’s release date. Trailers often employ multiple storytelling techniques in quick fashion, leaving less room for a driving, all-encompassing voice over. Acting chops help bring these kinds of projects to life.

The True No Man's Sky Community 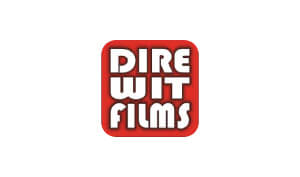