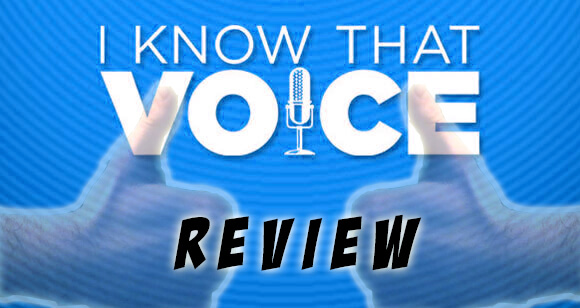 Spoiler alert: I Know That Voice is great. No documentary’s ever inspired me to be a better man while making me uncomfortable with my feelings as EG Daily does her Tommy Pickles. It’s well worth a watch whether you’re into voice acting, crazy people, or watching pros be the best at what they do.

We get to see the best in the biz shoot the shit, share Christopher Walken impressions (including a great walkthrough of the construction of a Walken from Jesse Harnell), and read Shakespeare.  The latter highlights the moral of the story: Voice acting is acting; the voices are just nice clothes. This is the first thing I tell anyone who says they want to seriously give VO a shot. Now, instead of saying anything, I’ll simply reach over, click play on my already-queued up iTunes playlist, and show them I Know That Voice.

There’s a playful smash-cut fight between Mark Hamill and Kevin Michael Richardson over who the best Joker was (no Troy Baker? Shame shame). Mel Blanc’s career is reconstructed from the memories of everyone it touched; read, everyone in the film. Glimpses of how things get made, especially in the Cartoon Network era of DIY cartoon making, bring this world a little closer to home. It’s all so entertaining, and luckily for guys like me, educational.

Learn VO From The Best of the Best

It’s awesome to watch Futurama characters broken down into their core components and reconstructed, each piece with its own backstory. Not only because it shows a mastery of craft and showmanship, but damned if I didn’t learn how to sharpen my Dr. Zoidberg impression. I took over three hours to watch the whole film because I was stopping, replaying a scene, trying to imitate what was going on, and playing it again so much. They perfectly capture what’s appealing about this job without making it seem at all laborious or mechanical. (Practice makes perfect, and practice ain’t always fun, kids. Also, you know, marketing and advertising suck. Thanks for breaking the illusion, Richard Steven Horvitz.)

Without ruining more of what you get to see in this documentary, I’ll just leave off here. Get this documentary. Get it right now. And show it to everybody you know. Bud Bundy’s in it, you guys. It’s important.

Two more things, in case you aren’t sold yet – it turns out that the voiceover world is inhabited by some of the most beautiful and talented women in the whole damn world. And if your brain isn’t painting your living room wall after Dee Bradley Baker gets going about a half hour in, this world may not make sense to you.